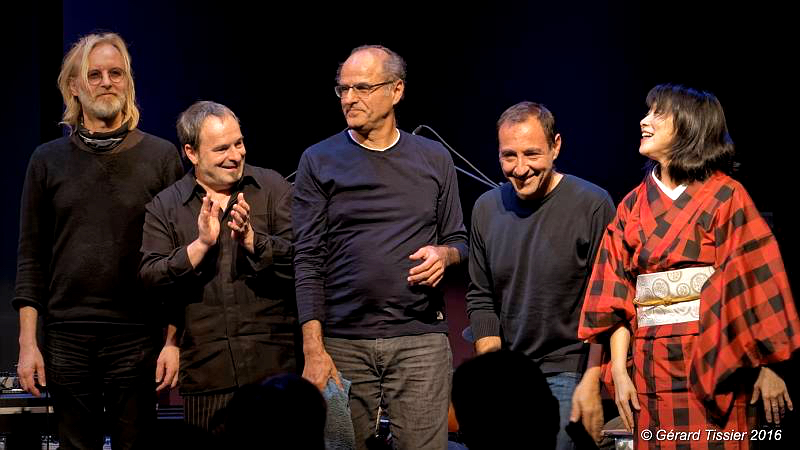 BACK FROM THE RIVER SILVER TOUR

Just got back from the north of France where, yesterday, we played our last concert (the 11th) of the River Silver Tour. It was such a pleasure playing again together and being on the road for two weeks with Mieko, Eivind, Matthieu & Philippe, the Ethics band. The audience response was great and we had friends visiting us all the way in France, Switzerland, Austria and Germany. Also a nice surprise in Munich, where Manfred Eicher, just back from the Winter Jazzfest in New York, attended our concert. Thanks to all. Can’t wait for the next events !